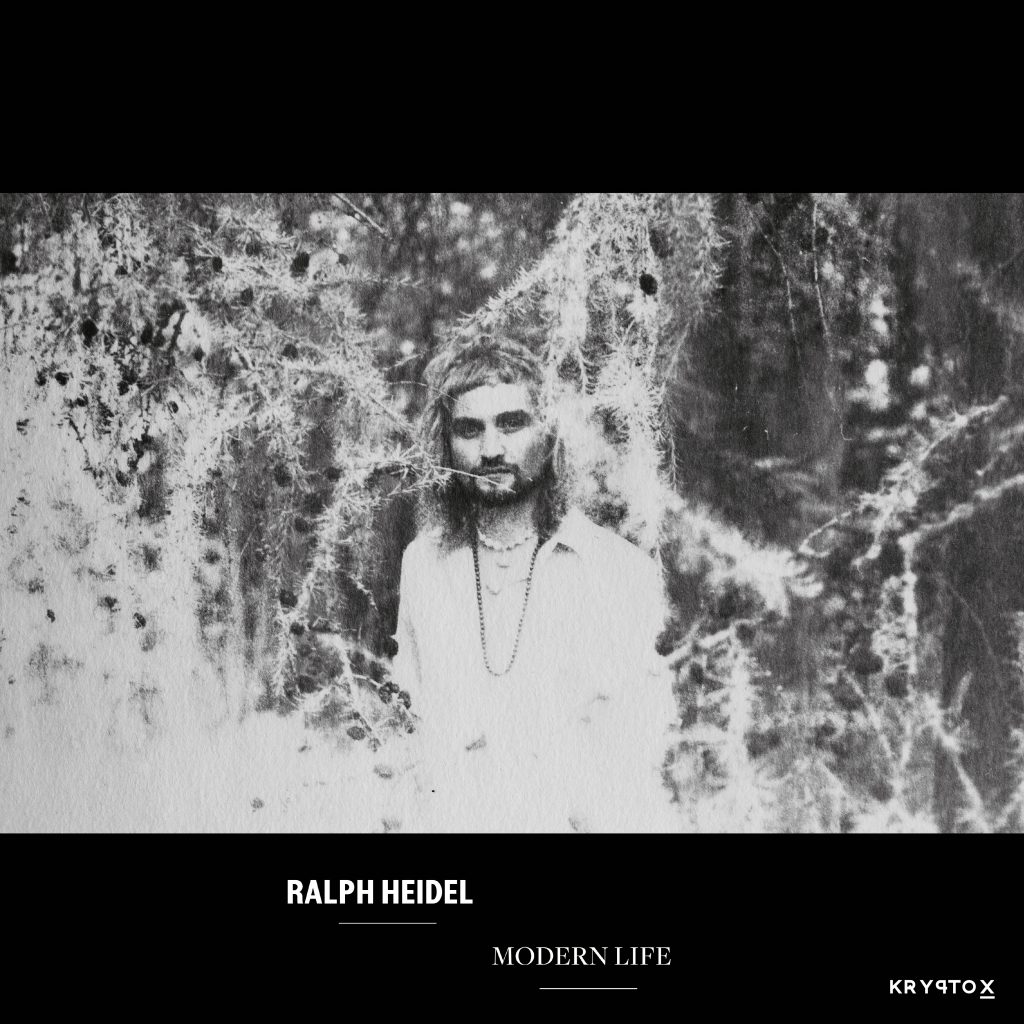 The great wealth of multifaceted skills is Ralph Heidel’s core identity. Evident in the attempt to classify his music into a genre. Drone Jazz, Organic Glitch, Neo Classic, Jazz Tronica, all these terms apply when we read about his music. He began his career as a saxophonist and by now has also become a highly requested composer and arranger for a wide variety of productions. The 28-year-old musician was signed by Mathias Modica (Gomma, Toy Tonics) for the Kryptox label, while he was still studying at the Musikhochschule München. Heidel released his debut album “Moments of Resonance” (2019) with his eight-piece ensemble Homo Ludens, followed by his EP “Relief” (2021). This grandiose prelude received applause on an international level. BBC6 presenter Mary Ann Hobbs, decided right away to exclusively feature Ralph Heidel on her radio show. Renowned theatres such as the Berliner Ensemble, Volkstheater München, Staatstheater Cottbus and the Volksbühne Berlin became aware of Heidel and commissioned him continuously to write compositions. But that’s not all: In only three years Ralph Heidel became a favorite musician to call and play on other musicians albums. From Neo Classic and Ambient artists like Carlos Cipa abd Josin to German Indie acts like Drangsal and All diese Gewalt Ralph Heidel has been featured on many albums. His wide range of artistic ability and curiosity was also demonstrated by his collaboration with a big star of the German Rap Scene, Tarek (KIZ). Ralph Heidel rearranged the album Golem (Eklat/Warner) for a chamber music ensemble. The Golem Sessions album then, was released in 2020 (Eklat/Warner). Thanks to Heidel’s precise work, it has been proven that rap and a chamber music ensemble, ambient and trap can complement each other. Heidel’s name became well- known within the scene which finally made him 2022 the musical director of Casper, one of the most famous rappers in Germany, and his band. The official tour will start in March 2022 under Ralph Heidel’s leadership. However, Ralph Heidel’s creative drive seems to be inexhaustible. Which now made him finish his new album “MODERN LIFE”. Together with one of the currently most important Indie and Pop producers, Max Rieger, Heidel created his latest masterpiece.“MODERN LIFE” is the further development of the compositional debut album “Moments of Resonance” and the predominantly electronic EP “Relief”. The piano and the string arrangements are back. He uses a vintage piano from the 1960s, which he recorded in his apartment in Berlin. Its distinctive character delivers an outstanding mood to the album. The result is an unmistakable sound that, in combination with his main instrument, the alto saxophone, bears Ralph Heidel’s hallmark. As further components he uses small-scale, organic percussion, soft synthesizer surfaces, noisy loops and fragmented vocal samples. The sound world in which he moves within the 10 tracks is not easy to assign and it should not be. Heidel creates a sphere in which all of his feelings find space. A place where he experiments, but at the same time precisely places themes that describe certain sensations. Heidel manages to illustrate atmospheric images in detail and bring them to life without further naming. According to Heidel’s interpretation, the main goal of his generation is the excessive craving of recognition. Individualism, self-optimization and the unpredictable fear of stagnation that characterizes our society forces us to focus on egocentrism and thus obscure our view of the outside and a possible togetherness.