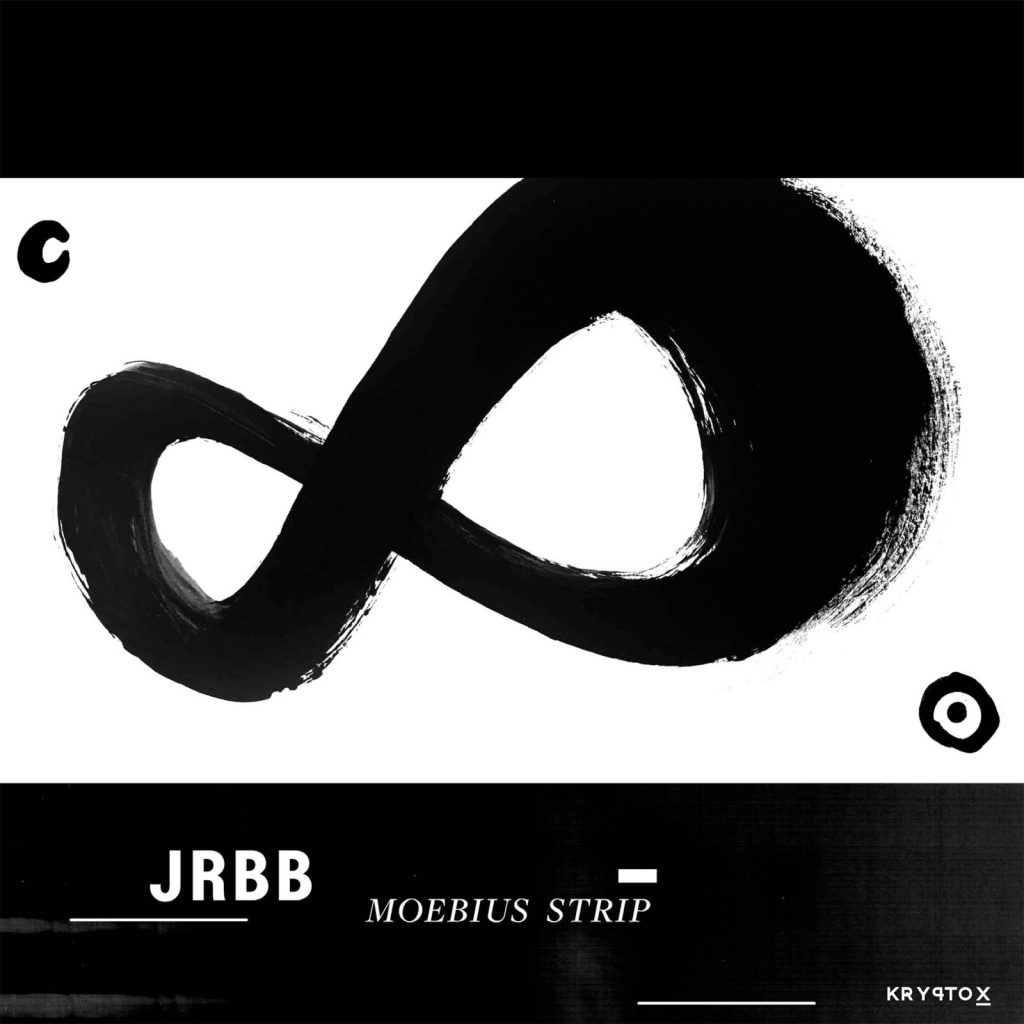 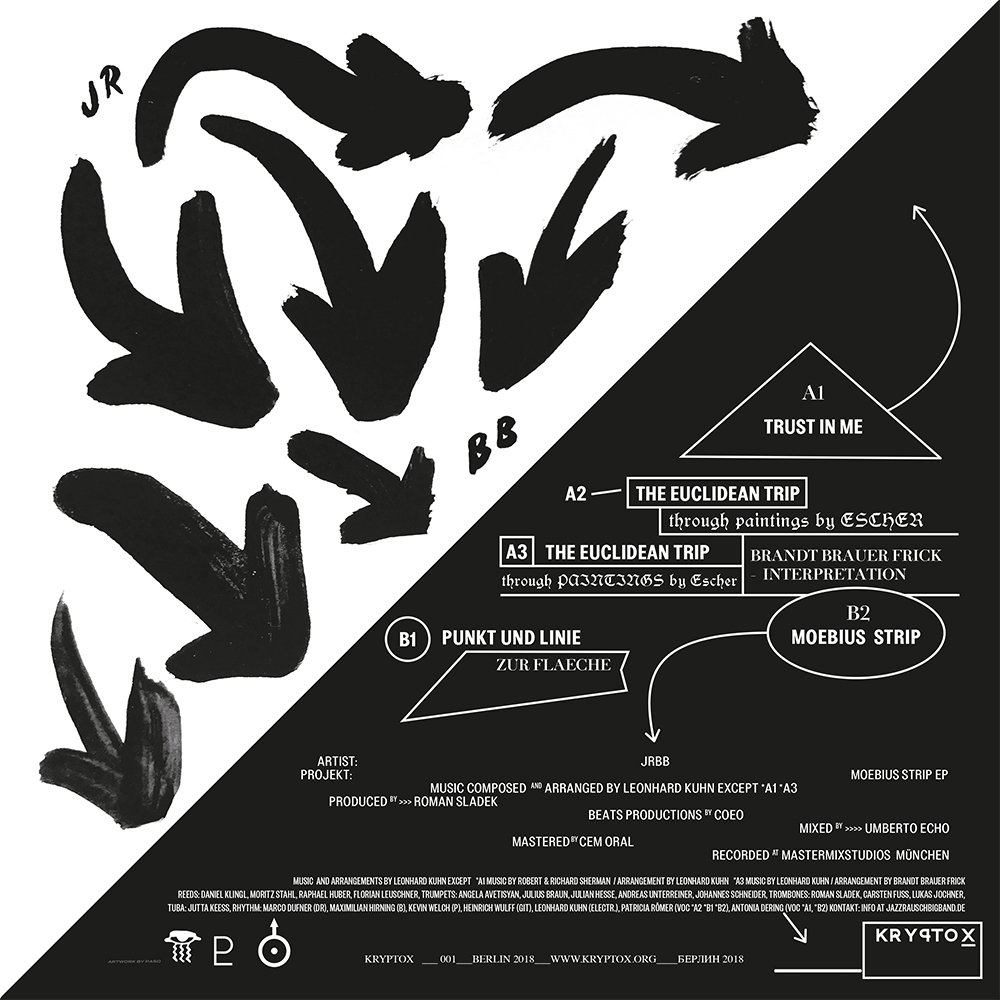 JRBB is a German 15 person big band that combines Jazz with Electronica. Additional beat production by COEO (Toy Tonics). On this EP is a rework from JRBB friends BRANDT BRAUER FRICK included.
This EP is the first release on KRYPTOX: a new Berlin based label for Neo-Krautrock/JazzElectronica/Experimental music.

The new label is made by Mathias “Munk” Modica. The producer behind indiedance labels Gomma and Toy Tonics. (Modica produced records with people like James Murphy, WhoMadeWho, Peaches, Daniel Avery, The Rammellzee a.o.)
With the new label he goes a step further. Searching for new artists who experiment on a high musical level and go beyond boundaries. Far away form the traditional dance universe.

The first release on Kryptox comes from JRBB. A 15 piece Jazz group that has a very own, new way to combine Jazz with electronic elements. A New York newspaper called it ODM: Organic Dance Music. A term that fits well.
Even if it’s hard to pin down JRBB’s music – as it is so unique. There is no other band like this. But there is growing new scene of musicians that combine Jazz with electronic styles: Artists like The comet is coming, Kemasi Washington, Moses Boyd, Yussef Kamaal, …

All of the JRBB’s members are in their end 20ies and studied Jazz at international high profile jazz universities. Leonhard Kuhn is the composer and arranger of most of JRBBs music and trombonist Roman Sladek is the band leader and producer.
The four compositions on Moebius Strip are all based on a straight 4/4 beat pattern (that has been sound designed by Munich’s upcoming house producers COEO). Over that rhythmic base JRBB expand their ostinato-horn/bass patterns that often start with simple one tone unisono lines, but slowly grow into huge, emotive, complex structured arrangements. Imitating the structures of dance tracks with breakdowns and DJ tool dynamics, but going much further. In JRBB’s compositions you can hear influences from certain late 1960 Hardbob music, as well as 1970ies Jazzfunk and Modern Jazz and certain artists that came out of New York’s Knitting Factory scene from the 1990ies.

In Germany there is already a buzz for JRBB’s energetic live shows. Last year they played more then 90 shows. Creating huge euphoria wherever they come on stage. The buzz reached the artistic directors of Lincoln Center in New York: the holy place of Jazz in the USA. The director Meera Dugal invited JRBB. And so in August 2016 the band played there and was euphorically received by press and audience.

Lincoln Center impresario Meera Dugal talked to The New York Music Daily about the band:
„Who here has heard German techno big band jazz before? This was a first for me! And I have to say: This large scale German ensemble is surprising, considering how individualistic, cutting-edge and irrepressibly fun they are – their instrumentation follows the standard big band jazz model. Stylistically, they’re all over the map. This seventeen-piece outfit validated their reputation as one of the world’s most distinctive and adrenalizing dance outfits.“